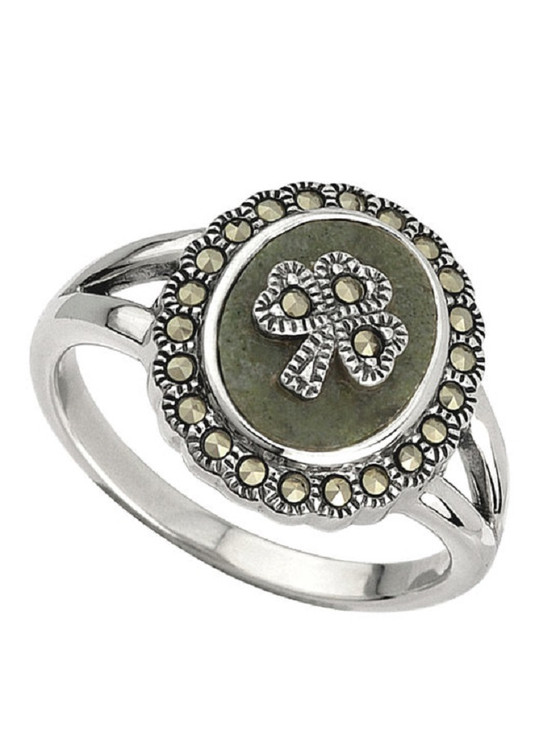 This beautiful sterling silver ring is made from Connemara marble, a unique stone that dates back over 900 million years and is known as “Ireland’s gemstone”. All of our Connemara marble is truly authentic, coming from the Joyce family mine in Connemara, County Galway, with each piece of jewellery being unique. This stunning ring features marcasite for extra sparkle, and has been Irish hallmarked in Dublin Castle.

"In ancient times, a tiny three-leafed plant bloomed far and wide and laid a carpet of green all over the limestone hills of Ireland. The Druids knew the Shamrock has mystical powers. To them its three leaves were a natural sign of a sacred number. This little plant was even said to warn of an approaching storm by turning up its leaves. Many believed that wearing this little sprig of green would keep them from harm.

Over the centuries that have elapsed since then, the Shamrock has become an instantly recognisable emblem of the Emerald Isle. Whatever the truth of the legends, the shamrock is cherished by Irish people everywhere and is worn by all nationalities around the world on Saint Patrick’s Day, one of the great international festivals."