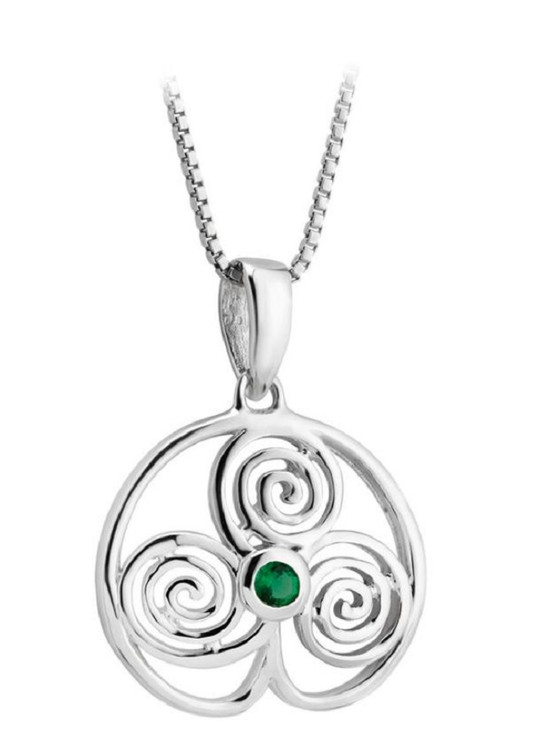 A classic small Shamrock pendant made of sterling silver, featuring a unique green crystal at the centre of the shamrock. This pendant features the iconic shamrock and has been Irish hallmarked in Dublin Castle.