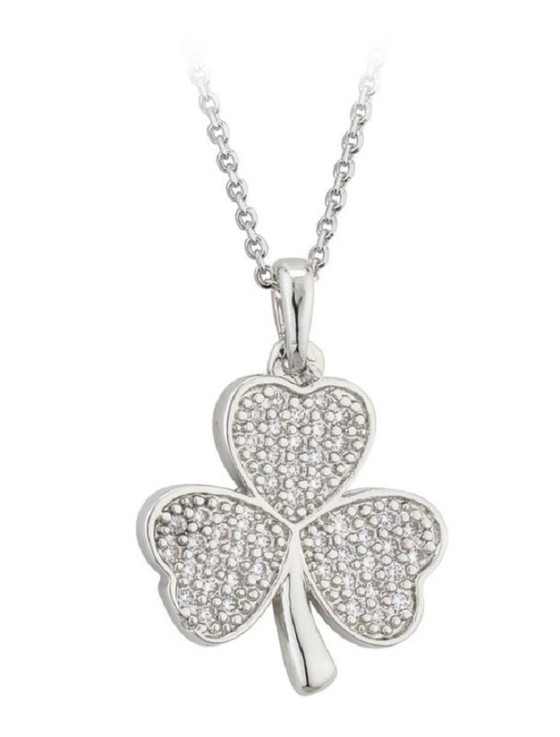 A sublime Irish shamrock necklace which will sparkle with its rhodium plating and cubic zirconia crystals. . This Irish pendant comes on an 19" long rhodium plated chain with a lobster claw catch. This pendant features the iconic shamrock and has been Irish hallmarked in Dublin Castle.