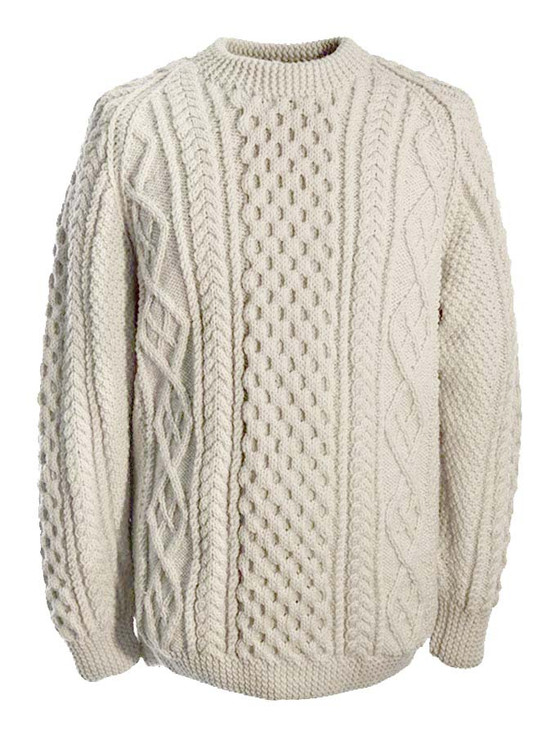 Mulligan came from the Gaelic name Ó Maolagáin, derived from the word “maol” which means ‘bald’. The sept was located in Co. Donegal, in the baronies of Boylagh and Raphoe, where they were rulers of the territory of Tír MacCartháin. They were dispossessed in the seventeenth century, and hence the name became widespread throughout the country, now being found in similar numbers in each of the four provinces.

The hand knit Mulligan sweater has a central honeycomb panel flanked by columns of braid and diamonds. The honeycomb stitch represents work while the diamonds symbolise a wish for wealth. This beautiful Aran sweater has been hand knitted in the traditional báinín (pronounced ‘baw neen’) colour, the natural white of the wool. It comes to you complete with a clan history and crest. It is made of 100% pure new wool, is water repellent and breathable. It has been hand crafted in the traditional Irish style, and, with care, will last a lifetime.