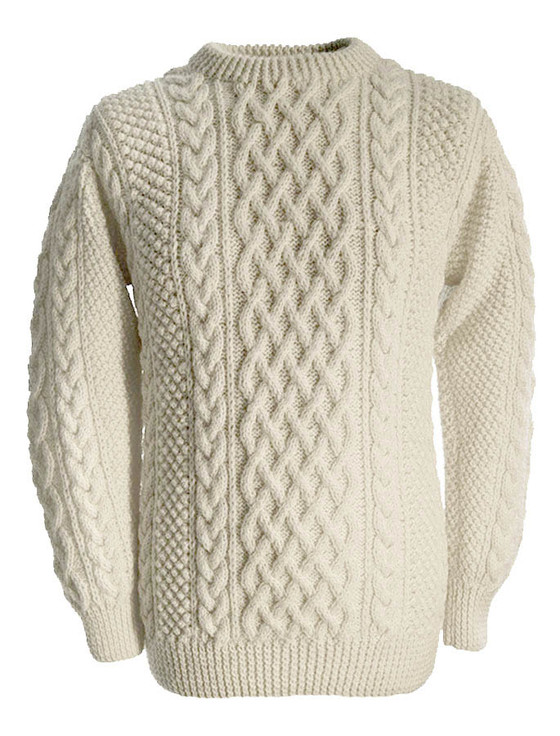 Mac Diarmada comes from the personal name “Diarmuid”. The family is descended from Maolruanaidh Mór, brother of the King of Connacht. Their territory was Moylurg, which would be part of the modern north Roscommon. There were also two other branches of the clan, the MacDermott Roes in Galway, and the MacDermott Gall in Roscommon. The name is among the 100 most numerous surnames in Ireland today.

The hand knit McDermott sweater has a trellis centre panel, flanked by braid, and blackberry stitches on either side. The trellis represents the stone walled fields of the Aran Islands, and the blackberry stitch represents the Holy Trinity. This beautiful Aran sweater has been hand knitted in the traditional báinín (pronounced ‘baw neen’) colour, the natural white of the wool. It comes to you complete with a clan history and crest. It is made of 100% pure new wool, is water repellent and breathable. It has been hand crafted in the traditional Irish style, and, with care, will last a lifetime.