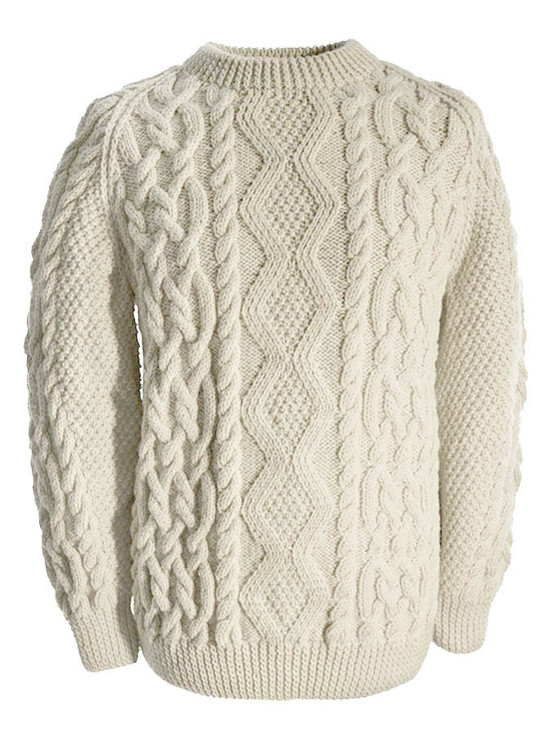 Maher is the Anglicisation of the Gaelic Ó Meachair, from the word ‘meachar’ which means ‘hospitable’. The surname originated near Roscrea, Co. Tipperary in the southern province of Munster. It is the eighty seventh most numerous surname in Ireland, with a heavy concentration in the Tipperary area and surrounding counties. One of the most famous bearers of the name was Thomas Francis Meagher, who was one of the founders of the revolutionary ‘Young Ireland’ movement during the nineteenth century.

The hand knit Maher sweater incorporates moss, cable, zig zag and braid stitches. The moss stitch represents nature, while the cable stitch represents luck. This beautiful Aran sweater has been hand knitted in the traditional báinín (pronounced ‘baw neen’) colour, the natural white of the wool. It comes to you complete with a clan history and crest. It is made of 100% pure new wool, is water repellent and breathable. It has been hand crafted in the traditional Irish style, and, with care, will last a lifetime.