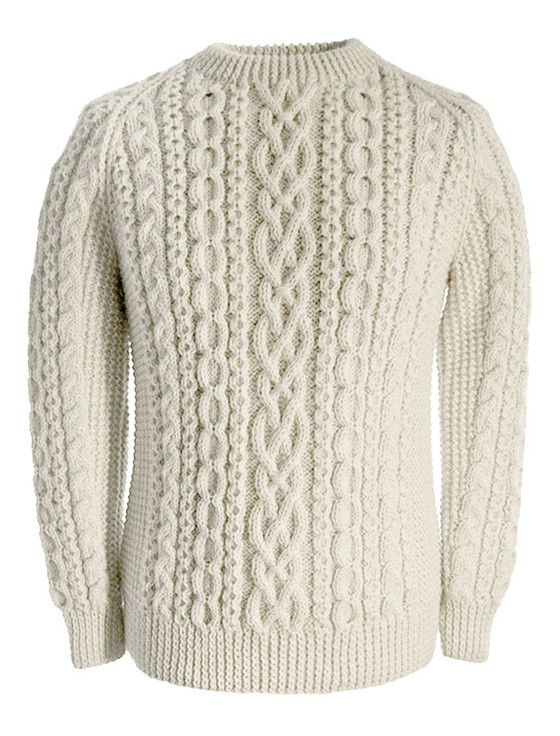 $199.00
Kane, Kean, Keane, O’ Kane, O’ Keane, Ó Catháin.
Ó Catháin comes from the Gaelic word “cath” which means ‘battle’. The name originated in the Lagan area of Co. Donegal in the north-west of the country, and remains very common in the northern province of Ulster. Kane is one of the 100 most common surnames in Ireland, and is particularly prevalent in counties Derry and Antrim. Ó Catháin was also Anglicised as Keane, which is the 85th most numerous surname in Ireland.

The Kane sweater has an unusual cable plait centre stitch, flanked by plait, cable and moss stitches on either side. The cable stitch represents a wish for good luck, and moss stitch represents nature. This beautiful Aran sweater has been hand knitted in the traditional báinín (pronounced ‘baw neen’) colour, the natural white of the wool. It comes to you complete with a clan history and crest. It is made of 100% pure new wool, is water repellent and breathable. It has been hand crafted in the traditional Irish style, and, with care, will last a lifetime.