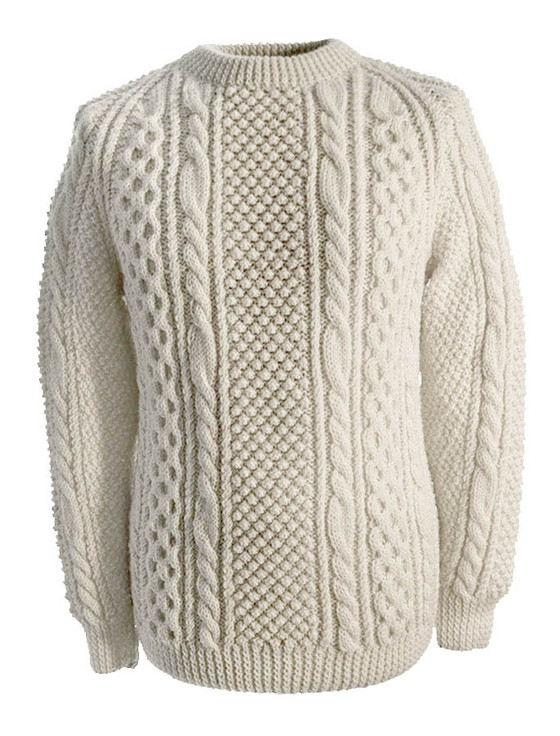 The vast majority of those bearing the Higgins surname today are descended from the sept of Ó hUigín which was based in the midlands. The name comes from the Gaelic “uiginn” meaning ‘viking’. The clan is famous for its poets. It produced 8 poets from the 13th to the 17th century. Today, the name is ranked as eighty-third most numerous in the country, with over half of the bearers of the name residing in the western province of Connacht.

The hand knit Higgins sweater incorporates honeycomb cable and blackberry stitches. The honeycomb stitch represents work – the industriousness of the bees. The cable symbolises luck and the blackberry stitch represents the Holy Trinity. This beautiful Aran sweater has been hand knitted in the traditional báinín (pronounced ‘baw neen’) colour, the natural white of the wool. It comes to you complete with a clan history and crest. It is made of 100% pure new wool, is water repellent and breathable. It has been hand crafted in the traditional Irish style, and, with care, will last a lifetime.