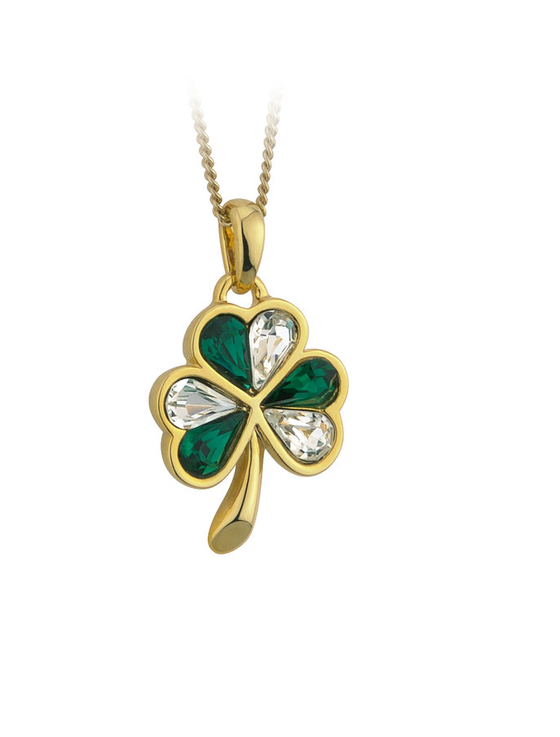 The leaves of this classic gold plated Shamrock pendant are set with alternating emerald green and white crystals. This pendant features the iconic shamrock and has been Irish hallmarked in Dublin Castle.